Fire Cider is a powerful tonic for combating flu and cold symptoms it can also be a fantastic pick-me-up if you are feeling run down. It is a traditional herbal folk remedy invented by the renowned herbalist Rosemary Gladstar in the 1970’s this is a beautiful video of her making Fire Cider. She was a pioneer in making food and herbs into medicine that could easily be made in anyone’s kitchen.

Immune strengthening roots, vegetables, fruits and herbs are steeped in apple cider vinegar. Go here for a recipe.  You can also use kombutcha vinegar if you have it. This is a flexible recipe that you can make your own by adding other herbs and spices of your choice such as star anise, echinacea, thyme and turmeric.

Recently my dearest Aunty Jenny came to a fermentation workshop I was running. We were prepping the ingredients for the Fire Cider I wanted to make to use up some of the kombutcha vinegar I had accumalated. As we sat together chopping and chatting tears poured down our faces as we got to grips with the fierce fumes of freshly dug horseradish, garlic and onions. Even though I was aware of the devastating fire that was raging in California I had no idea that the Thomas fire was heading directly towards my cousins home in Ojai. Her mother who sat opposite me had been holding in her fears, too afraid to utter the words or say out loud the possibility that her daughter and grandchild could be in imminent danger. Silently she had been praying all night that the wind would die down or change direction. How surreal it was that as we prepared to make Fire Cider the phone should ring with my cousin sobbing that the fire had reached the end of her road and that the flames were getting closer. She told us of how she, her daughter,  her 3 dogs and two horses had evacuated their property in the early hours of the morning escaping for their lives. Thankfully she was safe in the refuge of a friends home but her house lay in the direct path of the devastating fire. As aunty Jen put the phone down we hugged and wrung our hands in anguish feeling completely helpless. We carried on chopping and praying for a miracle, which amazingly came to pass. The wind died down and a group of extraordinarily brave and gallant neighbours stayed behind to fight the fire and extinguish any flames. Thankfully her house was saved. 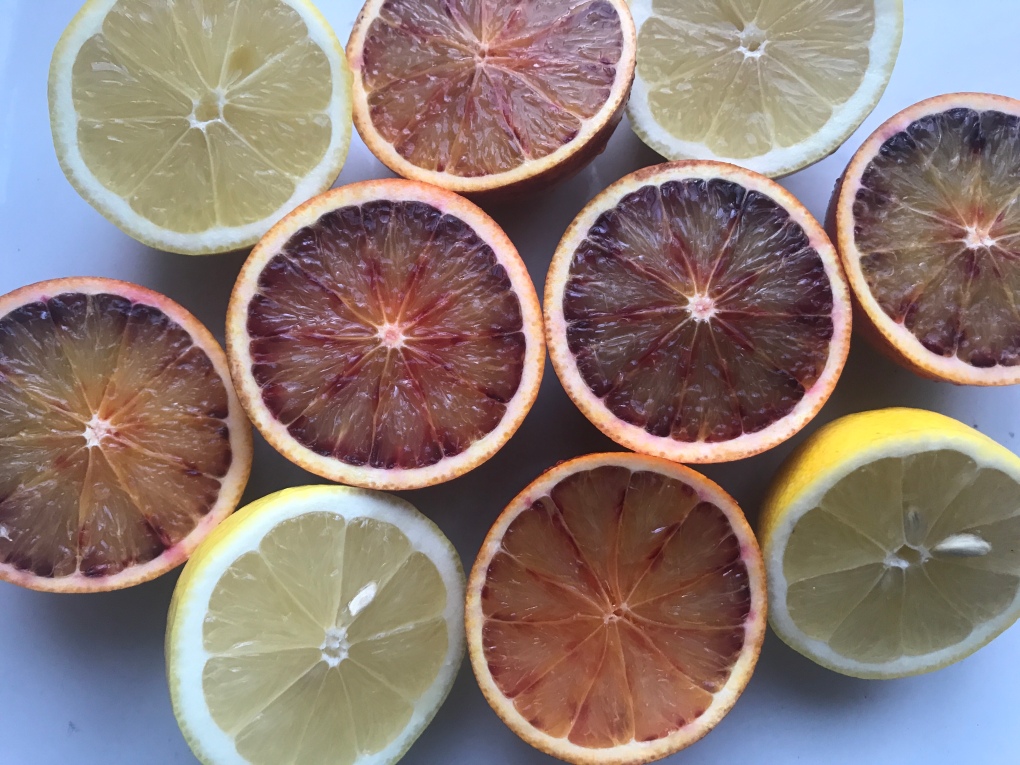 The heat from this Fire Cider is mainly from the Chili and horseradish root which although spicy shouldn’t be hot enough to burn. After about six weeks the Fire Cider will be ready to strain and have as a daily shot mixed with honey adding an extra healing ingredient. If like me you need to avoid chilli it can be omitted as the fresh horseradish will still give it a serious kick!

Dedicated to my cousin Amelia Rose and to all the brave folk who fought the Thomas Fire in Ojai.

a piece of turmeric root (optional)

Place ginger, horseradish and turmeric in the bottom of a 1 litre Kilner jar or similar glass container. Add garlic, rosemary,chilies, peppercorns, cinnamon, and onion; then add lemon and orange pieces. Firmly pack down the ingredients into your jar. Pour in vinegar to fully submerge the ingredients. Put a lid on the jar sealing it with a bit of parchment paper to prevent a corrosive reaction on the lid from the vinegar. Store in a cool dark place giving the jar a shake from time to time. Leave it for at least 3 weeks but can be left for up to 6 weeks.

Strain through a sieve. Discard the solids or add to bone broth when you are making it. Stir in the honey and if you wish more turmeric powder.

Drink a tablespoon daily or dilute in fizzy water or warm water. You can also use this herbal vinegar in salad dressings in place of regular vinegar.