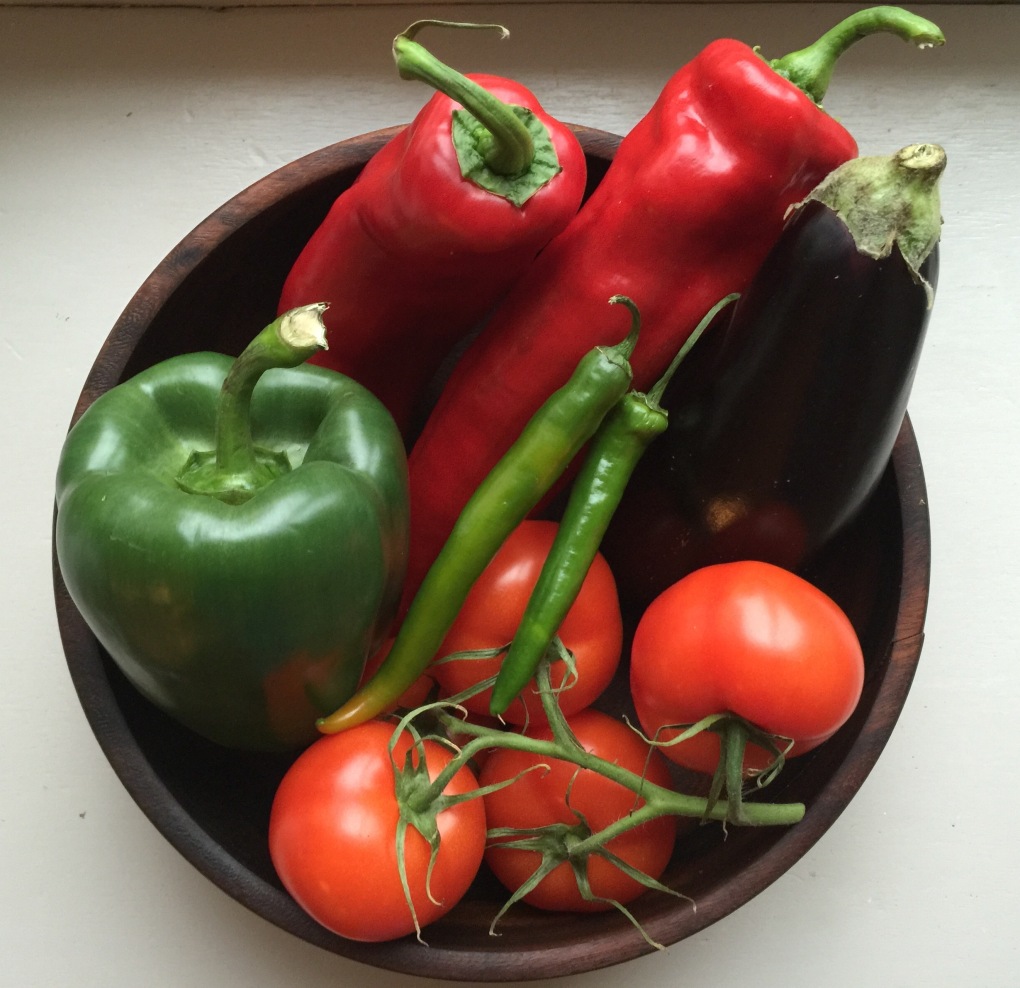 Nightshades are a family of plants which include tomatoes, white potatoes, aubergine, peppers (all except black pepper), tobacco, goji berries and paprika. They go by the scientific name of solanaceae and includes over 2,800 plants, shrubs and trees. They all share in common alkaloids that are naturally occurring pesticides. These are thought to protect the plants from insects and viruses. It is these compounds which can cause an inflammatory response in the body, especially those who suffer from arthritis, chronic pain or psoriasis. When I first saw the list I couldn’t believe it, my favourite go to meal had always been a baked potato topped with ratatouille and melted cheese, I have often read that you are addicted to your poison, and this was never truer than in my case!

Having a skin condition like Psoriasis can be a very isolating experience. Fortunately for most people who suffer from psoriasis it rarely appears on their face. I was, however, one of those unfortunates where my face would be covered with red and flaking skin, causing me to feel very vulnerable and insecure. As a young woman I took matters into my own hands and began the journey of trying to cure my skin or at least find a way of managing it. Even at a young age it always made sense to me that diet was a good place to start.

I began to cut foods out in the hope that it would make a difference, and also to look at alternative therapies like homeopathy and herbalism. There is no cure for psoriasis, so taking this course was partly because the conventional treatments offered are so toxic and also because I wanted to have some control over over my body, which  seemed to have a mind of its own. Most of the time however, I felt completely out of control and was often disappointed when things didn’t work or my skin got worse. It was frightening, frustrating and overwhelming at times. I also felt very alone. There was no internet to reach out to, where you could find other people going through the same thing, no forums of people sharing their experiences and hopes, and no wellness movement where elimination diets and alternative treatments were cool and positive.

In the past I had always avoided social gatherings like the plague. It was fine if my skin was in a good place but if it wasn’t it would really effect my confidence. Luckily for me I was eventually able to make the connection between the group of foods known as the nightshades and healing my psoriasis.

By this time I was 41 and getting married for the second time. The stress of being centre stage made me feel extremely anxious, I was  much more comfortable being in the wings. I was afraid  I would have a roaring flare up which would leave me physically uncomfortable, insecure,embarrassed and ashamed. This was the one day I wanted to feel confident and sure of myself and with all eyes on me I was desperate! I needed help!!

I began to research on line and a whole world of information opened up to me. I think for a lot of the younger readers who might be reading this it is hard to imagine life before the world wide web, but it wasn’t that long ago that none of this existed! Through my research I came across the diet of Dr John Pegano and his book ‘Healing Psoriasis‘. He seemed to have a lot of success clearing psoriasis and keeping it that way. I began his protocol and within three weeks I saw a huge difference in my skin, it was a real turning point and I have never looked back. I was able  enjoy my wedding day feeling both happy and radiant.

His protocol is very holistic, he believes  in treating the whole person, their mind, body  and spirit. One of the main components of his regime is of course avoiding all the nightshades, but he also recommends sticking to a mainly alkaline diet, cutting out shell fish, taking exercise  and very importantly having a positive attitude to life.

I had always eaten a very clean diet and practiced yoga, but from this point my health and well being took a new direction. Following the Pegano regime had a huge impact on my skin, and this, coupled with adding fermented foods to my diet, was what really took my health to the next level. It is said that your immune system is in your gut and I truly believe that a healthy micro biome is the key to good health.